The International Energy Agency released a report revealing the countries leading the road in solar PV penetration, and Australia ranks No.1 in the world with 990W per capita.

Australia secured the top position among the solar capitals of the world, way ahead of the European market leaders, with The Netherlands at second spot with 757W per capita and Germany at third spot with 711W per capita. 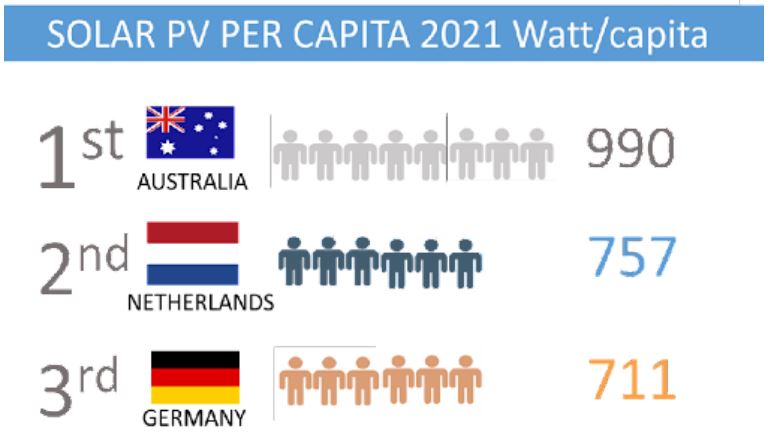 Countries With Highest Solar Per Capita

Not only this, the IEA’s Global PV Markets 2022 report shows Australia is also leading the way for solar PV penetration with 15.5%. The second and third spot goes to Spain with 14.2% and Greece with 11.6%, respectively. These nations, along with Honduras, the Netherlands, Chile and Germany have enough PV capacity to generate more than 10% of their annual electricity demand with solar.

This year too, Australia secured its spot among the top 10 nations for new solar installations and total market value, as it has been doing for the past 20 years. In 2021, it installed a total of 4.6GW of solar panels, taking the cumulative capacity to 25.4GW. 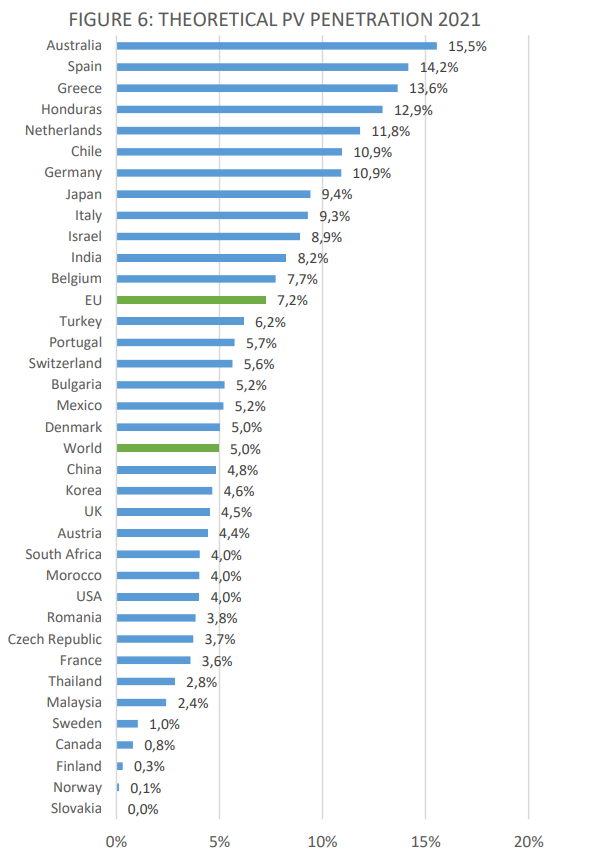 Over the years, Australia has continued to proudly embrace both grid-scale solar panels and rooftop solar systems. Coming to today, solar generation has doubled in less than three years and is contributing to over 13% of the entire energy demand.

As per the IEA’s report, Australia has managed to secure the top ranks in all three categories of solar analysis. It is performing above the expectations to make the nation more solar-friendly with green energy generation.